By translating the city’s core values in sound, we created a musical piece that’s open, authentic, inventive and stubborn at the same time.

Gent is the capital and the largest city of the East Flanders province. It is also a ‘Unesco Creative City Of Music’. In Gent, music flows through the city like water and brings people together. So, completely in line with their existing visual character, Sonhouse brought together the perfect team of musicians, got to work closely with the city’s representatives and, we’re proud to say, created ‘Sounds Like Gent’: the city’s very own and unique leitmotiv. As the very first city in Belgium, they now carry their visual character as a flag and their sound identity as an urban anthem.

The Score is the starting point in creating a sound identity. This soundtrack is the alpha and omega of your sound: it contains all the necessary elements for further derivatives. Our mission? To make a brand sing in a relevant, distinctive, catchy ánd ownable way.

A pocket-sized metropolis. By translating the city’s core values in sound, we created a musical piece that’s open, authentic, inventive and stubborn at the same time. Carried by its inhabitants and in all its diversity, the city functions from the inside outwards as a non-stop work in progress. That’s why we ended up with an auditory walk through the city: a powerful composition supported by a slightly rebellious rhythm, a raw but optimistic and straight-forward melody and even real city ambience. Sounds like Gent.

Logo: the core of the DNA

The sound Logo represents the melodic heart, distilled from the Score. Short, particular, recognisable, completely ‘you’.

Everything the city represents was captured in a few notes. Lead by the electric guitar, this sound logo makes for a strong, memorable, timeless and authentic tune. An effective sound signature extracted from the Score’s suited melody.

Touchpoints are the various opportunities where customers ‘touch’ the brand. At each and every one of these points, brands should give the customer a consistent experience, reinforcing its identity and fulfilling its promise.

Mozart said ‘music is not in the notes but in the silence between them’. Rolling out a sound identity consistently makes for a stronger brand and yes, cities are brands. Yet it’s equally important to avoid sound pollution and sonic overload. Our advice: sound should be used only when it amplifies the total experience.

The objective of the city is to open up much of its data to the public. This gives Sonhouse a unique chance to provide everyone with the tools to interpret Sounds Like Gent the way they want and all this under a Creative Commons license. To emphasize this level of urban participation we created a video teaser: from taxi driver to DJ, mayor to tap dancer, they all had their way with Sounds Like Gent. Now it’s up to you. Tracks, MIDI-files and sheet music are downloadable. More info at https://stad.gent/nl/over-gent-en-het-stadsbestuur/over-gent/gent-promoten/geluidslogo.

And of course, the city couldn’t go without the carillon’s version – as heard at the Belfort in Gent. And how about a jazzy remake?

The sound identity is alive and this proves it. In december 2016, Ghent launched a new idea together with What’s In a Name?: BurgerBudget. This means any citizen can now apply for funding to tackle issues in his or her neighbourhood. The city decided to create awareness in the street with a dedicated ‘BurgerBudget’ van and, just like an ice cream truck, this van needed to be heard from a distance with a festive sound. Et voila, Sonhouse created a new version for this campaign. Do the robot!

June 2017, the city decided to take it another step further and rolled out its signature sound Logo in all trams in the city, announcing the 2 most important stops: the city centre and the main train station.

For the 10th (!) edition of Record Store Day, we challenged producers to remix our sound Logo, in collaboration with Stad Gent, N.E.W.S. and Poppunt. Multiple listening sessions later, the winners are here. Drum roll please! 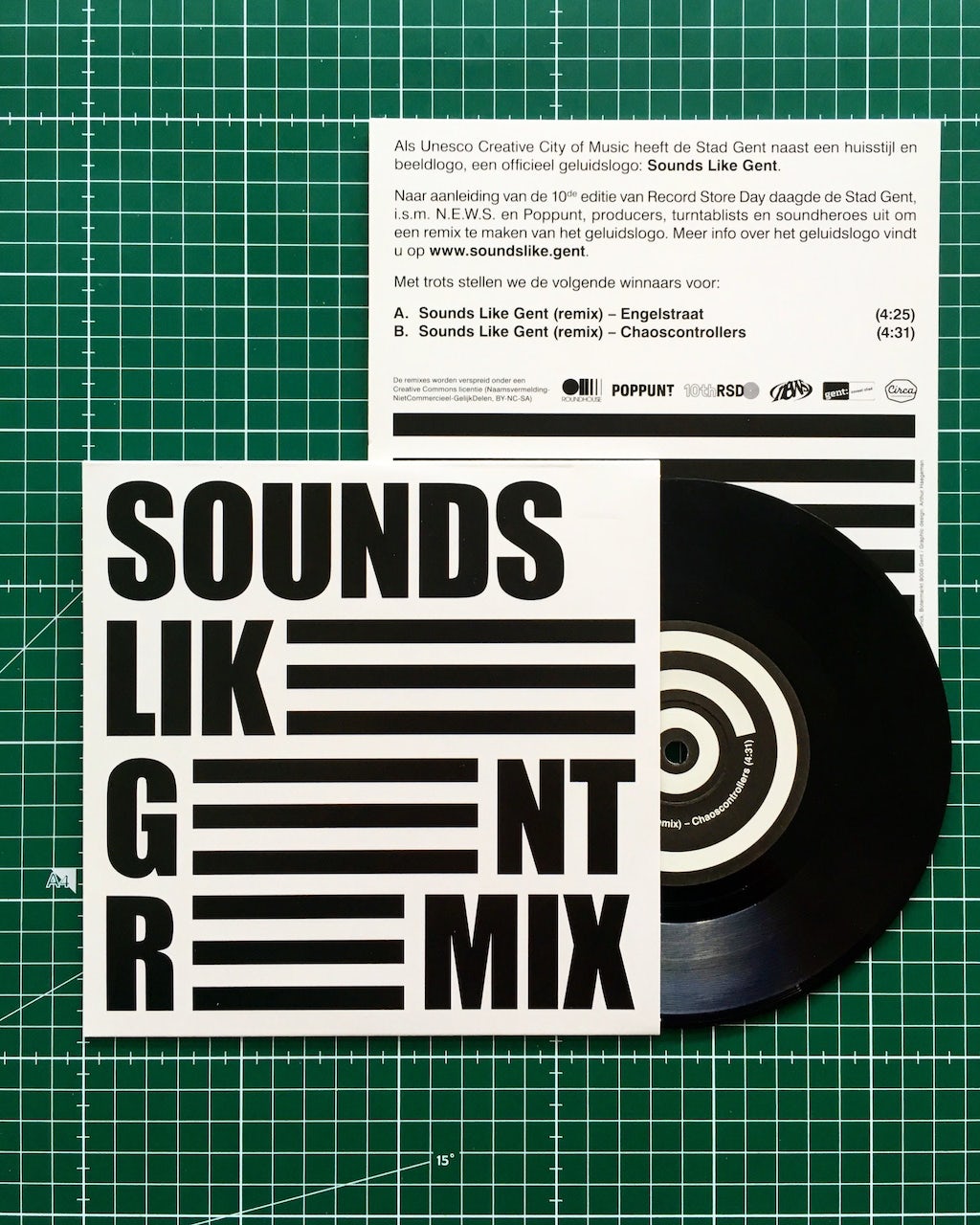 The city of Gent is a ‘UNESCO Creative City of Music’ so it’s hardly a coincidence that Gent’s unique musical identity caught UNESCO’s attention. Read the short and sweet article right here.

Get in touch
Explore more work